Each summer Japan has many fireworks, or "flower-fire" festivals, and the biggest is the Sumidagawa Fireworks Festival on the Sumida River in Tokyo. The festival, dating from 1732, is a competition between rival pyrotechnic artists resulting in fireworks in beautiful complex shapes such as a willow tree and a sunflower. A million people attended the festival, which contained 21,500 fireworks this year.

Itsumi and I went to the festival with four friends who all wore beautiful traditional yukatas, complete with fancy obi, or belts, and geta, or traditional shoes. 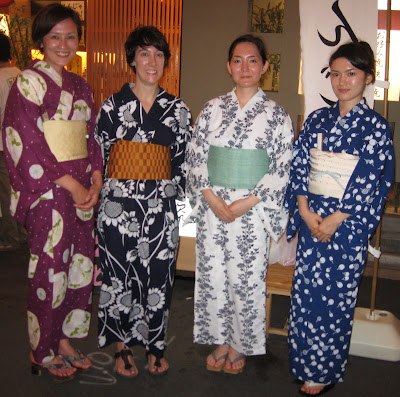 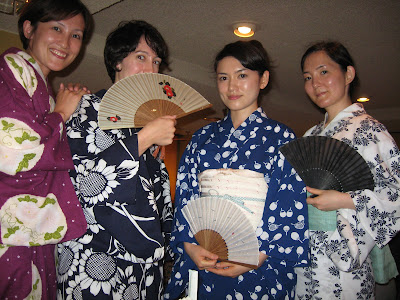 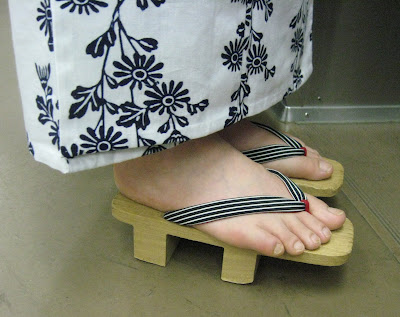 Because the festival is so popular, we arrived several hours early to claim a square of pavement for our picnic cloth, and waited with thousands of other people at Senso-ji temple, from where the papers said we would have a good view of the fireworks. 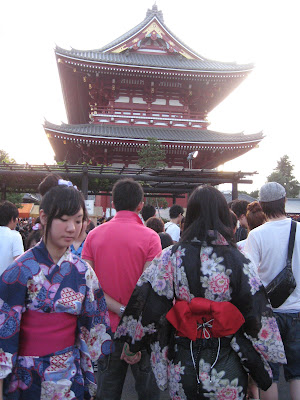 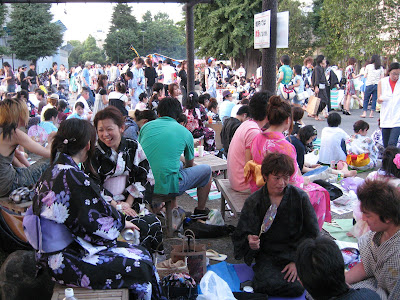 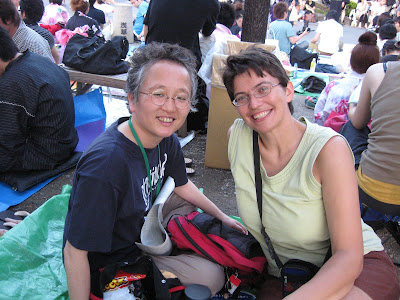 When the fireworks finally started, it was clear that the papers were wrong and our view was blocked by two tall buildings. 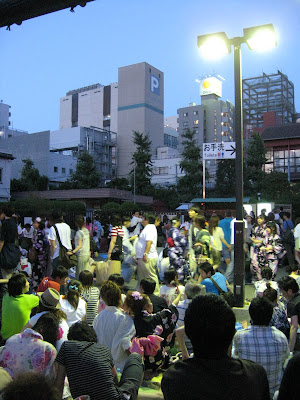 Luckily, we were able to find another spot from where we had a good view down a street, and we even got a glimpse of two geisha as they slipped through the crowd! We just got a quick glimpse and no photos, but we saw that their faces were painted white and they were adorned with many dangling accessories.
As a Minnesotan used to watching fireworks over a lake, I found it fun to watch them in such an urban environment between miles and miles of skyscrapers. 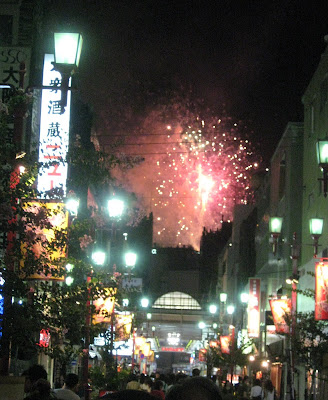 And the fireworks were like one continuous grand finale, shooting off right in a row or at the same time, with no pauses, for an hour and a half. Beautiful! Afterwards we went to a Bangladeshi restaurant. Mmmm. 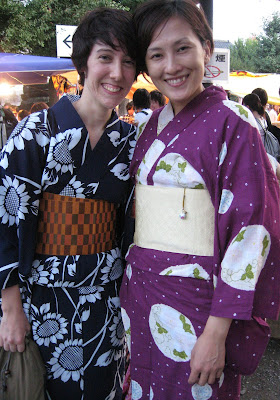 There are several free festivals every week in Tokyo during the summer. Sometimes it's hard to keep up!
Posted by K at 7:17 PM 2 comments: 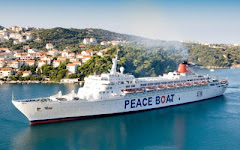